Eofor stamped his feet against the cold and leant back further into the hollow tree hoping to stave the chill off. It had been a cold camp after a long march but if the Ranger was on time then he should make it back to the Ravens Wing before dark. Heimir had offered to come out with him but the wound was still healing and Eofor knew the cold would trouble it so had left him recovering in the Inn.

The fight in the woods had been a lot harder than they had expected, the local bandits usually threw down their arms at the sight of the two of them but this lot had fought like cornered badgers.
Heimir had taken the arrow early in the fray but hidden behind the shelter of the wide war board Eofor had charged and battered them up close. No time for fancy spear play then, just the block and cut.

The leader had been the best of the bunch, until Eofor had brained him with a back swing. The brute had come to half an hour later bound to a tree with a very irate Heimir ready to ask some stern questions. In the end the Hillman had a quicker death than he deserved. But the hunters had come away with what the Dunedain had asked for and maybe more.

He looked down at the package in his hands and smiled, personally he felt that the reprisal they had doled out was a better balm than the return of any token but then he was a man whose vengeance was legend….. 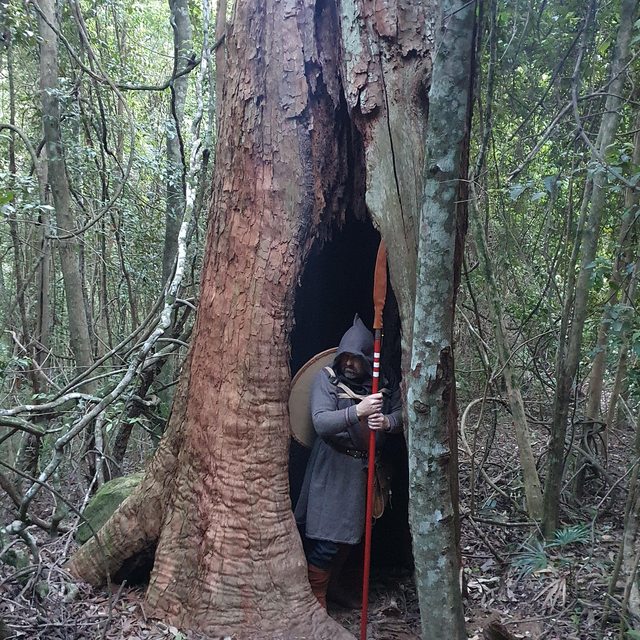 Off topic but as soon as I saw the picture, my mind went to Keebler Elf.

Peter Remling wrote:Off topic but as soon as I saw the picture, my mind went to Keebler Elf.

A picture tells a thousand words! It's what I see when I look at some of the photos we take, I see a snapshot of another time and often a glimpse of a story comes to me. A chapter in the saga.
This one is in reference to a correspondence with Manveruon. 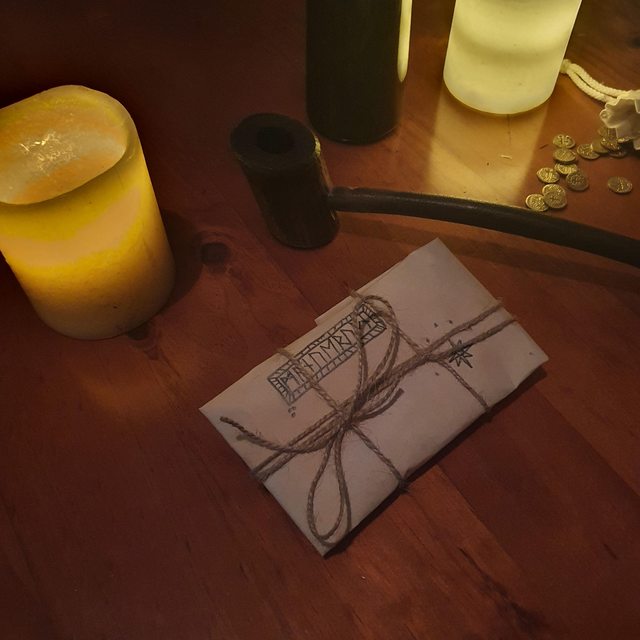 I'll admit I had to look the Keebler Elf up, I assume it's a tree house reference?
I visited the states 6 years ago and a few of your advertising jingles stuck with me but this was not one of them

Yes. Keebler makes cookies and their premise is that their cookies are made in a hollow tree by elves.
Top

Peter Remling wrote:Yes. Keebler makes cookies and their premise is that their cookies are made in a hollow tree by elves.

I was reading his post like "Is this guy for real saying he doesn't get the Keebler reference?"

...then the difference in continents sunk in.

Oh, the things we take for granted!
Now the sword shall come from under the cloak.
Top

interesting story, and amazing photograph to go with it

Gimli: It's true you don't see many Dwarf-women. And in fact, they are so alike in voice and appearance, that they are often mistaken for Dwarf-men.
Aragorn: It's the beards.
Top
Post Reply
6 posts • Page 1 of 1

Users browsing this forum: No registered users and 13 guests