Correspondence with the Dúnedain

Correspondence with the Dúnedain

Eofor sighed, a tankard at the pony seemed a rare treat after weeks on the trail not to mention the thick slabs of Barlimans famous bacon fried with mushrooms.
Heimir sat nearby carving slices of cheese off a huge wheel and washing them down with a cloudy cider, a look of utter bliss on his face.

The villagers had scraped together a few coins for the job but Heimir had returned the purse heavier than they had received it. Eofor didn’t mind, it was a hard winter and the townsfolk had clearly been hungry but he didn’t want the word to spread that they would work for free. Lately more and more towns seemed to have a wealthy Ealdorman crying poor into a silk handkercher.

It was a meager hoard for a troll that size and age and Heimirs generosity had made it even less but there was enough for the winter even without the sword.
That bloody sword, Eofor had no idea what to do with it. It was exceptional work but far too fine to drag off into the wilds, he might send it to Rivendell as a gift for Lord Elrond - It never hurt to be in an Elf Lords good grace.

That other treasure though, that had to go back to the Dúnedain. Such a small thing but undoubtedly precious in some way to those strange folk. He tied the string on the package he would leave with Barley in the morning. Sooner or later one of them would come by and they would be able to get it to her, she would know what to do with it. 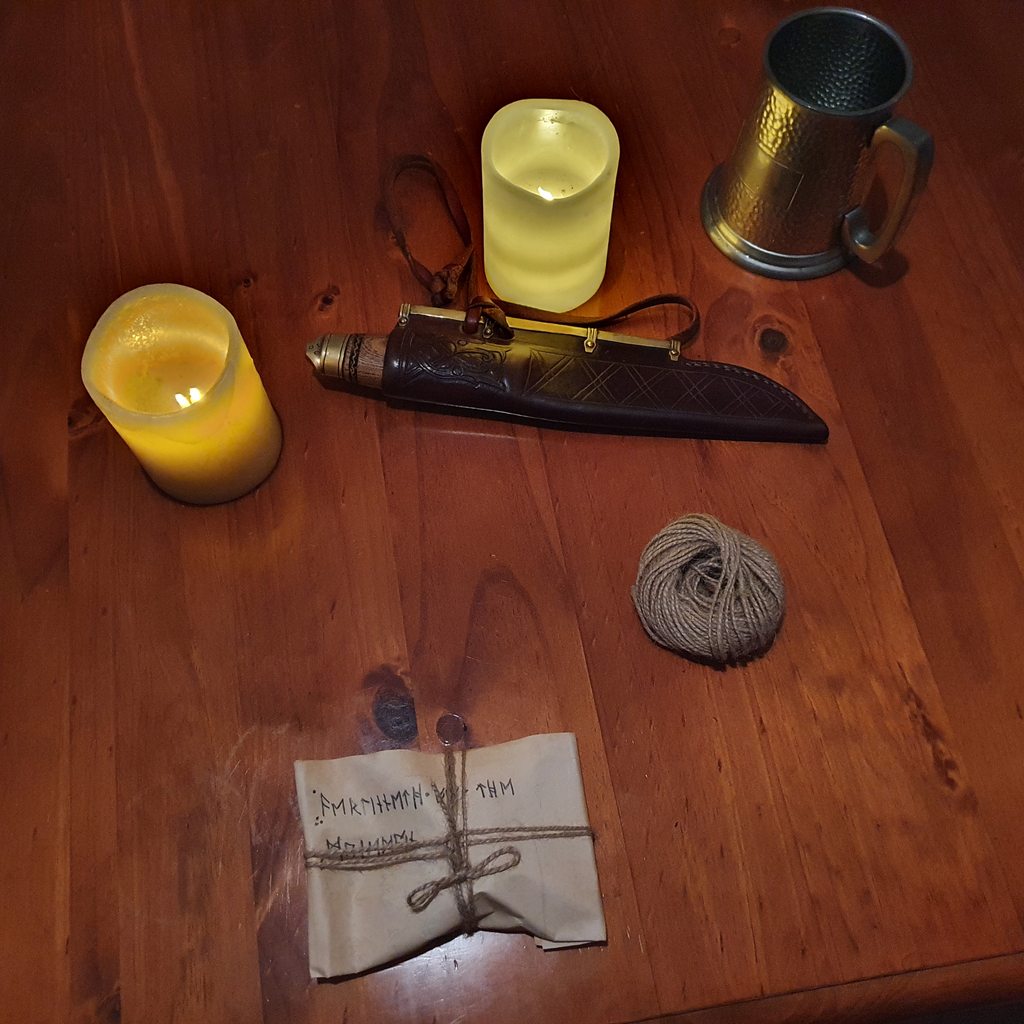 Eofor wrote:That other treasure though, that had to go back to the Dúnedain. Such a small thing but undoubtedly precious in some way to those strange folk

This has me wanting to know more

All things in time! Let's just hope Barley finds a swift messenger to get the package to it's destination. With the state of the roads being what they are and all it may be several weeks at best.
For seven days without eating or sleeping the new king sat, until he stood and cried "This cannot be borne!"!
Top

Slowly a fletching of dark goose came away from the quill.

A soft whispering crack echoed through quiet night as a split raced down the spine of the feather.

Aerlinneth bit back a curse.

The fletching could be saved, but the damage was done.
Not a nib would be salvaged.

Her eyes went to her writing table, and the dusty parchment pinned upon it.
Upon it in fine silverpoint was worked the tale of Earendil's flight.
Half-inked, the fading image seemed gone entirely by the dim candlelight.

She lay her face in her hands and sighed.

Arrows are more important.
Think on what matters.

The rangers of Amon Lendel had been gone for weeks.

Already the days grew shorter, and every hour was full past talking.
All who remained in old hall labored from dawn to dusk with the simple
tasks of living.

She turned to the window, looking out on the dark wood beyond.

A knock came upon the door.

She started - then turned to the open door.

Old Rauscir stood in the open doorway. His hair was silver, his sight dimmed.
But one could still see past his broken gait to the old fighting-man within.

This night he looked more Ranger than he had in many nights.

Rauscir smiled, and her heart unclenched.
He came into the room, something in his hand.

"Young Alderbough from Bree rode past the westfield this day -"
He waved off her question. "No, he was too rushed to stay, I asked."

"No doubt. Wether's little Marigold is a pretty thing."

He hobbled to a seat beside Aeirlinneth and eased himself to the table.

He followed her eyes to the packet in his hand and set it upon the table.

"Aldi came by way of the Pony," Rauscir started. "He stopped for a pint and some news.
He might have stayed a bit too long ..no, never you mind. All is managed.
But at the end, Aldi says Bob stopped him as he made to leave. Gave him this letter
here. Said Barliman had meant you to have it."

Aerlinneth turned the packet over in her hands.

The paper was worn, the corners frayed.
Dirt and old beer stained one corner.

"How long has Barliman had it?" she asked.

A quick cut and the packet came open. A spill of letters, drawings, and...

A small cloth-wrapped parcel set upon the table, bound in fine twine with a single amber bead.

It was a small thing... and yet it seemed some fate weighed heavy upon it.

Aerlinneth looked upon it with dread.

Rauscir looked at her, the question in his eyes.

She spread the papers out beneath the flickering candle - then confusion took her.

"Looks dwarf-fashion. Many goings on the East Road of late."

"Must be. My cirth were never good, but these.."
She looked past Rauscir to the dusty writing bench, and above it the few treasured books and scavenged lore from brighter days.

Ruscir handed down a rolled work.

Aerlinneth took it, and with silverpoint and scrap set to work.

Letter by letter the tale unfolded.

Ruscir worked his knuckles as he thought.
"I'd not doubt the tale lady, not if this note be from that band down by Framsbeorg."

She couldn't wait any longer.
Carefully she moved aside the bead... opened the ties.

A silver star glinted in the folds of wool.

And in the low warm candlelight gleamed to a polished stone.

"No... " her voice came hushed. "This one's older. Quite old. I
think grandfather's father had one not unlike it - but that star passed down Huanir's line. I know not where it is now."

"I see kin in a fortnight. I shall learn what I may. In the meantime..."

He reached over, and pinned it to her mantle.

She looked to the old man.

He smiled, and touched her hair in fondness as he did long ago.

"The thing holds no honor sitting in a hoard. A silver jewel needs silver light. Wear it until we find its master."

She pulled her mantle close, and looked down into the softly gleaming stone.
The weight felt heavy, heavier than some mere trinket of silver.

She touched it, and thought came of its cousins in far dark woods.

At last she found words -

"We will need to thank this Eofur. He has done us great service. Send him..."

Still a smile crossed her face.

"I know just the thing.. it's little enough - but should tide a fighting-man until Aldi gets us silver for this year's shearing. Our mysterious Eofur has waited this long. I shall have something prepared for him."

"As you say, Lady." He rose himself from the table and made to leave.

The elder man paused at the door.

Aerlinneth looked to the last of the letter and smiled.

"Have we still that wheel of ploughman's cheese in the larder?"

... and a few more images of fine Eofur's treasure:

I see now that I chose wisely.

Thank you Lady Aerlinneth, I believe that Gimli, Gloin's son would say that when held up to mine your words surpass the gold of the earth as the stars surpass the gems of the mine.

I am well pleased, though Heimir's joy was unrivaled.
For seven days without eating or sleeping the new king sat, until he stood and cried "This cannot be borne!"!
Top

That is a beautiful thing, and an amazing accompanying story from both of you

thank you kindly, all.

Eofur - it's a treasure and an honor. Thank you.