Was this on Etsy?

Odigan wrote:Hey, it finally got there! Glad to see it go to an appreciative home.

Yep, it finally made it through the unreliable British postage system

Was this on Etsy?

Yes, it was on his Etsy store (https://www.etsy.com/shop/Meuleurgy)

by Zaskar24
Thank you for the Iodo! I just started following his store. 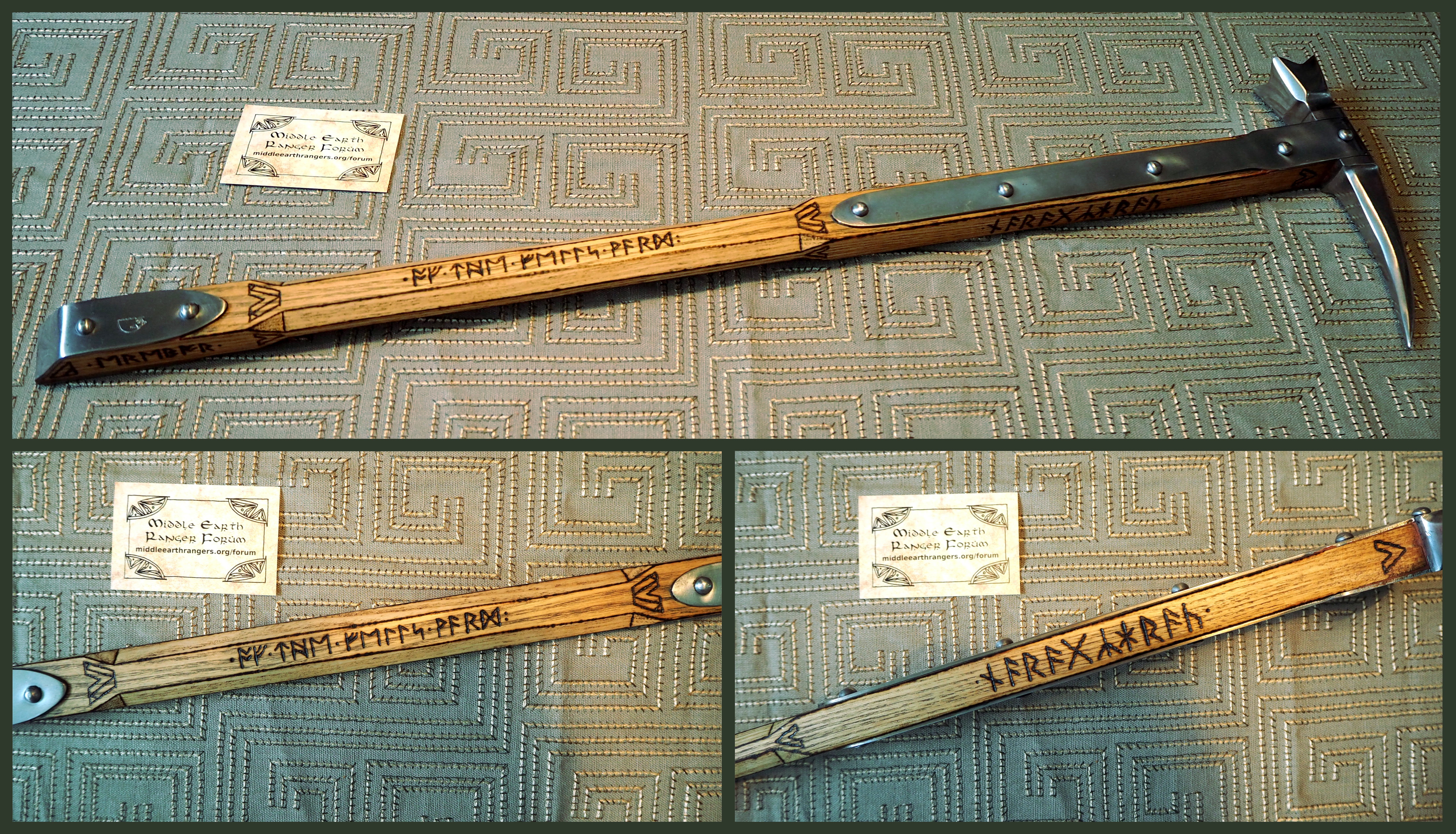 and it looks so much better in my collection than the half-finished version that's been on the wall for over a year :

The runes are exactly as I originally had planned:

The runes will be riten in Anglo Saxon like on all my other project's, sorry to disappoint you all, but they're the runes I can read and learned out of The Hobbit. Even if it was only Tolkien's translation, those runes will probably always feel more dwarven to me than anything else

The only differences being that on the front (if you can say it has a front) it says both “narâgzirak” and the translation “Blackspike”, which was as an afterthought because one word seemed to short to fill the space. I've also stuck with the idea that it would have been given to Iodo (even if it's not her first choice of weapon and only a keepsake) when she became a fells-ward, so the word Erebor is also on the handle

I'm really pleased with how well it came out so here's a HUGE thank-you to both caedmon, for designing the shape of the handle and giving me the runes idea in the first place, and Elleth, for providing me with the name and the translation

by Zaskar24
Fantastic job Iodo! It certainly looks the part.

I assume you made all those hangers for your goodies as well? It looks awesome!

Do you think you might ever "Dwarf-ify" your sword as well? Or are you leaving it as is?

I assume you made all those hangers for your goodies as well? It looks awesome!

Do you think you might ever "Dwarf-ify" your sword as well? Or are you leaving it as is?

Yep, I made the hangers, although there wasn't much to the sword one: note the angular profile for ease of cutting out with a band-saw

Maybe I might do something with the sword one day, however as I've said before, with not being able to carry weapons in the UK it's not a high priority project
All times are UTC
Page 3 of 3
Powered by phpBB® Forum Software © phpBB Limited
https://www.phpbb.com/