My primary Middle-earth persona is that of a common Beorning named Áistan (this is simply the Gothic-language analogue to my given name), living in the Anduin river valley, during the period between the Quest of Erebor and the War of the Ring. 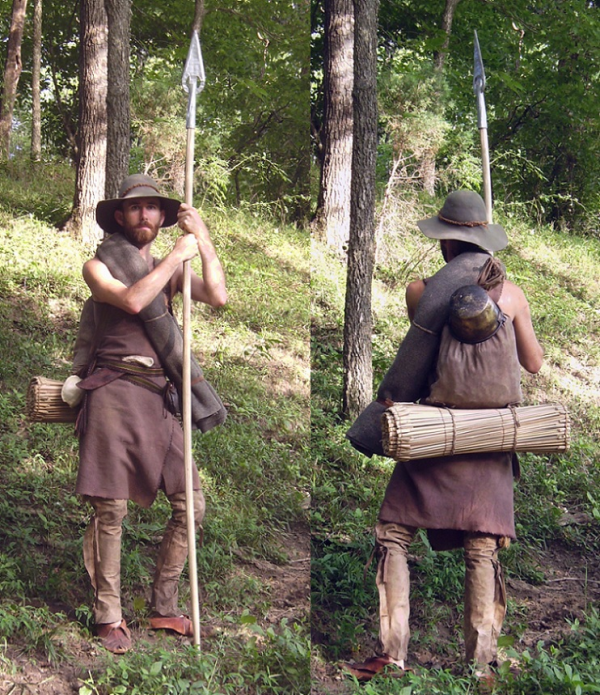 
I eventually settled on this persona for several reasons.

First, I grew up (and still live) on the banks of the Ohio, so I’ve always had a natural affinity for rivers and riverbottoms—it was only natural that I’d gravitate to the “green vale” of the Anduin.

Second, as someone strongly influenced by the writings of Mark Baker, John Curry, and others of their caliber in the ‘living-history lifestyle’, I know that to get a more authentic taste of life in a given culture, one must look at the ‘common’ members of a society—for this reason I do not interpret an elite, skin-changing, ‘racial Beorning’, but rather a Northman member of Beorn’s regional ‘confederacy’ following the Battle of Five Armies.

Third, I was also attracted to this cultural zone as it is an area ‘off the beaten path’—though with known settlements of common folk—of which at first glance it would seem little is actually known. While it is located along useful trade routes, the area always seems to be just on the periphery—we only see this area firsthand once, when Thorin and Company spend a few nights at Beorn’s homestead.

Inspired by Tolkien’s suggestion in Letter No. 154 that “as far as the ‘mortals’ go…the situations are so devised that economic likelihood is there and could be worked out”, I extrapolated from what we do know about the area and its inhabitants to get a clearer picture of homestead life in the Anduin valley.

Finally, as an individual with a strong ethic of self-reliance seeking to live with a lighter footprint via indigenous or ‘traditional’ lifeways, adopting a persona of a frontiersy woodland homesteader was the next logical step in Middle-earth immersion for me.