Andy researched into a relatively wide variety of arms and armor that were referenced by tolkien or seemed consistent with numenorean/dunedain leanings.

Andy was of the opinion that long swords in the woods were impractical. He carried a langseax custom made by Paul champagne, and also possesses a cruciform hilt arming sword by the same maker, both of which he considered suitable for a ranger's purposes. 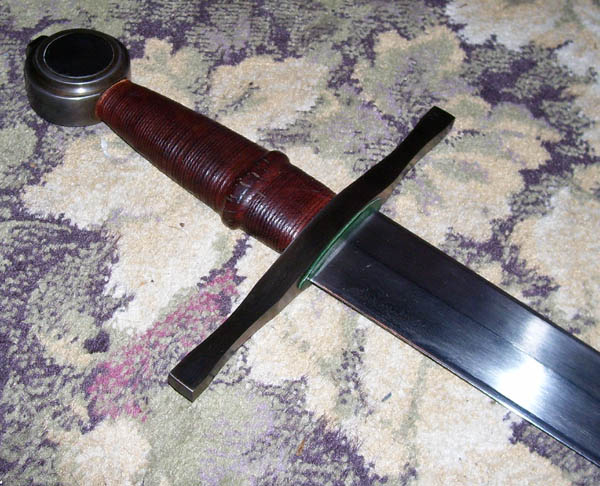 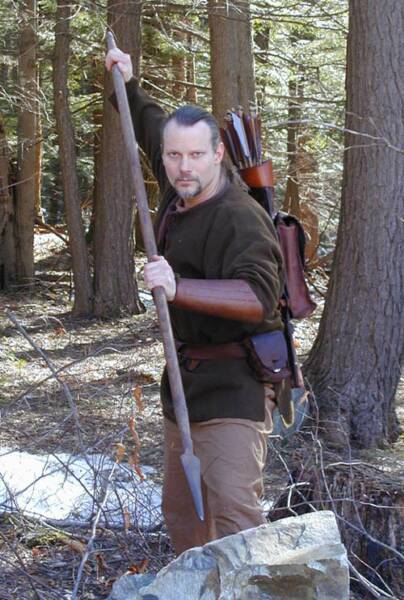 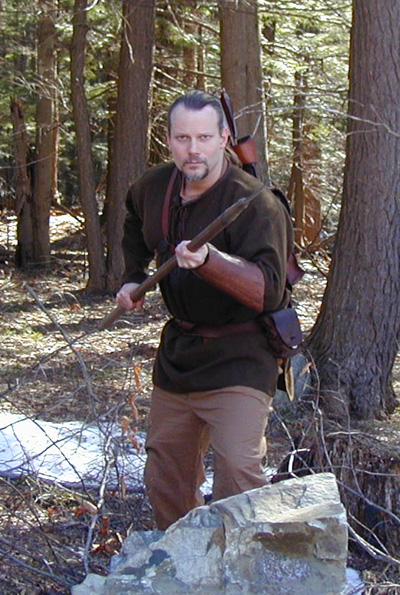 Andy regularly carried a bamboo-backed hickory longbow, which had a 72# draw. This he had tested on applicable armor and targets, and saw it as sufficient to handle a wide range of armor within Middle-Earth. He made his own arrows using ash shafts, and made his leather quiver as well. He liked strapping pouches to the quiver to make it into a more versatile piece of equipment. Arrows rattling around inside the quiver was an early problem he addressed, by stuffing it with wool shearling.

Andy made a very utilitarian pair of leather forearm guards. The one for the left arm had its laces along the outer lower edge of the arm, keeping them out of the way of his bowstring, while the right arm's bracer had them at the more traditional location, along the center of the inner arm.