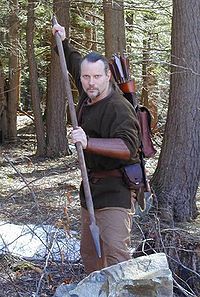 Pole weapons served an important role in all of the armies of Middle-earth. Gil-Galad proudly bore a named spear in the final battle of the Second Age, and the Dunedain Rangers of Halbarad's Grey Company en route to the Pelennor fields were said (in The Return of the King) to be "armed with spear and bow and sword".

The use of the spear historically is similar to that of the longsword in most schools, given that the basic wards/guards are the same, but elements of quarterstaff are introduced as well, given the long haft of the weapon, and the thrust is chief over the cut, for the most part.

Other polearms, such as halberds and long-hafted axes introduce more cuts in their work, but little is described of polearms other than spears in Tolkien's world. 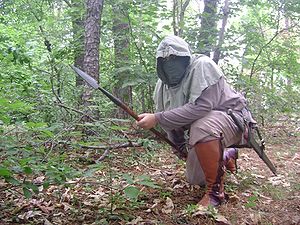 Rangers can apply spears to many uses, not the least of which being as a weapon. The long haft makes it an ideal ready-made pole for lean-to tarp shelters and others of the like when setting camp, and wild boar can readily be hunted, though at some risk to the hunter, using a spear. Chief among its uses, however, would be as an offensive/defensive weapon. A spear alone functions as a force multiplier over a sword in that the effective range is far greater, keeping a solitary opponent beyond arm's length. A group of rangers with spears can form a virtually impenetrable (from the front) wall of spears.